All | # A B C D E F G H I J K L M N O P Q R S T U V W X Y Z
There are currently 6 names in this directory beginning with the letter B.
B
Black List/Blacklisting
A list of domains and IP addresses reported for sending (emailing) SPAM (unsolicited commercial email). ISPs (i.e. AOL), companies, organizations and others use these lists as a reference to filter their inbound email servers from receiving messages from these listed sources.
Bounce Handling
ListManager™ has bounce management by setting a bounce limit, rather than a retry number within a given number of days, in order to hold a member. One bounce per day is counted.
Bounce Limit
Use to establish the number of consecutive failed deliveries an address may have before being set to "held" status. A successful delivery "resets" the count for an address, so addresses with intermittent delivery problems are not removed.
Bounce Rate
Percentage of email addresses that failed to receive a sent message, for example, during an email marketing campaign
Bounced Emails
Emails that have failed to reach their destination. Bounce Limit Setting), ListManager™ automatically disables their membership so that ListManager™ no longer sends them mail.In addition, if the mail server initially accepts the message and later determines that the user does not exist, ListManager™ will be able to record that address as having bounced. In this situation, the receiving mail server will reply to ListManager™ with error mail. This error mail will go to the bounce email address and will contain the user’s unique member ID number, so ListManager™ will be able to track it back to the particular address unable to accept mail. This kind of bounce will not appear in delivery reports, as the mail server initially reported that it accepted the message. Many large ISPs (e.g., AOL) accept all mail and bounce back undeliverable email later.
Built-in Reports
Lyris ListManager™ offers extensive reporting options for both mailings and memberships. Eight categories that comprise the built-in reports include:MailingsMembersServer PerformanceWeb SiteCustom ChartsPurchasesInterestSales Cycle Map
Facebook Twitter 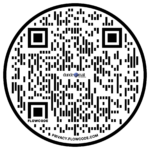